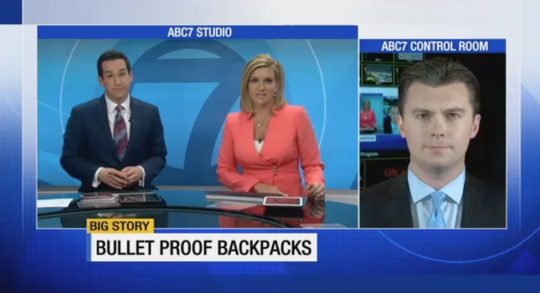 ABC7 Studios, February 16, 2018 - In light of one of the deadliest mass school shooting in modern U.S. history, the question, ‘What can be done to prevent this?’ is being pondered by many. But, one Florida based company has been trying to help for years.

“At the time, it was kind of taboo,” said President of Guard Dog Security, Yasir Sheikh, on introducing his company’s bulletproof backpack.

“People weren’t really able to wrap their heads around it,” Sheikh added.
Since the Sandy Hook Elementary shooting that killed 20 first-graders and six educators, Guard Dog Security has offered its bulletproof backpacks.

“A backpack, or whether it’s carrying some kind of product, some sort of security, you can never have 100% guarantee that you’re protected,” Sheikh said. “What you’re doing is putting yourself in a better position that doesn’t have it.”

Liquid error: Error in tag 'section' - 'sezzle-widget' is not a valid section type